Norm Guimond began his love of Bus Travel, during his 4-year experience with the Halifax Junior Canadians. The team played/toured throughout Canada when there were only 6 NHL teams. Norm was drafted by the NHL New York Rangers, attended 3 NHL training camps, and played as a professional hockey player in New Haven, CT/Syracuse, NY and Long Island, NY. These teams all traveled by bus, and Norm always volunteered to be the Atlas map reader/route navigator for the team bus drivers (no GPS available during those years). Norm decided to pursue an insurance career, and returned to Halifax, N.S., only to become an x-pro in the Maritime Senior Hockey scene in New Brunswick. Don Laren, the owner of the Moncton Bears, signed Norm to a lucrative contract and brought Norm to Moncton. Norm’s on-ice play helped the Saint John Mooseheads win the Hardy Cup in 1973, and again with the Moncton Bears winning the Hardy Cup in 1975, and the team's inductions into respective “Walls of Fame”.

In 1994, Norm’s insurance adjusting career caused him to become an International Catastrophe Adjuster, allowing him to travel throughout Canada and the USA, helping insurance companies with catastrophic claims. Norm attained his “large Loss certification” with State Farm Ins Co., causing him to handle multi-million dollar losses, with friendly Canadian style. The American folks truly respect Canadians who travel to their disaster sites and help resolve catastrophic insurance claims. Norm has toured all of Canada and the USA, by bus/car/van/motorhomes in both business and pleasure travel.

Norms Tours is proud to own it’s buses, thereby allowing all Tours to “GO”. Other Tour operators use rented buses at a high cost, and they will “cancel” a tour due to “not enough passengers booked”, causing disappointment for everyone.

Norm will be offering local Day Trips/Evening Trips and Bus shuttle/charter service in the Moncton and in New Brunswick area. Norm entered the Hubcap Comedy Festival in 2003, as “Pierre the wannabee Comedian” and won the Best new comic title. Norm’s comic character is turning pro this year, as “Pierre the wannabee Comedian, one of Eastern Canada’s favorite up and coming wannabes”. Watch for Norm’s Comedy Tours where he and other comedians will entertain you, by trying to tickle your funny bone. Lower cost Tours with lots of Love in the air !!

Thanks for viewing our info bites. Hope to see you on one of our upcoming Tours. 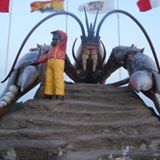 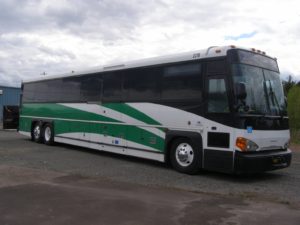 We can bus groups of any size and would be delighted to service any event, corporate charter, group tour, sporting event, long or short haul charter.

Need to get documents or parcels there in a hurry? Let the professionals at NORMS TAXI get it there as soon as possible.  Please contact our friendly staff for details and rates.